When we think of Ryan Reynolds we often think of the goofball from Van Wilder or The Proposal, but one thing Reynolds is dead serious about is his workout routine.

Preparing to shoot his upcoming film, Green Lantern, Ryan Reynolds workout routine included a combination of aerobic and resistance exercises. To maintain endurance for his workout routine after a long day of shooting, Reynolds modified his diet to accommodate his schedule. Since you are but a mere mortal, you can modify Ryan Reynolds’ workout routine to get your body in superhero shape!

[Ryan Reynolds workout routine proves that there is a time for play and a time for exercise!]

The first thing everyone wants to know—other than how to get his killer abs—is how frequently he works to get his body so fit. To prepare to fight bad guys as Green Lantern Reynolds worked out just about every day for 90 minutes. Whether or not you choose to completely mimic Ryan Reynolds workout routine, sticking to your routine is the best way to get buff.

Reynolds trainer Bobby Strom has bragged that while training for Green Lantern, Ryan Reynolds daily workout routine was never repeated. His body never got used to a routine so his muscles were always working at 100%. Before you balk and how much time it’d take to come up with different workout routines every day, keep reading. This is about Ryan Reynolds’ entire workout routine…not just the basics!

While everyone has an opinion about working muscles in isolation, Ryan Reynolds workout routine did precisely this. Strom has been quoted as saying that working opposing muscles each day gave Reynolds a full body workout each week. That’s refreshing since most guys try to get a full body workout each day! I guess discretion is the better part of valor!

In a previous article about Ryan Reynolds workout we showed a workout similar to his Green Lantern workout. What we’ve since learned is that isolating muscles was just the start of getting in excellent physical shape.

The key to Ryan Reynolds workout routine was dedicating the majority of each day to one muscle, like the core or legs, and then give minimal focus to an opposing muscle group. Let’s say 70% of Monday’s workout is dedicated to working the abs, the remaining workout routine would include light dumbbell work on the arms.

The key to this type of workout routine however is that you workout regularly. If you exercise sporadically you’ll always be starting from the beginning with exhausted muscles.

Just because he looks like a superhero and plays one in his upcoming film doesn’t mean that Reynolds is superhuman. He gets tired just like the rest of us…well I’m sure it takes him a lot longer to get pooped but otherwise he’s just like you and me.

Whether it was because his muscles were fatigued or his shooting schedule was hectic, Ryan Reynolds workout routine required him to find a way to exercise. That’s when he sought out activities like yoga or Pilates to stretch the muscles and work the core without tiring out him or his muscles.

We already know Ryan Reynolds never did the same workout routine twice, which is something we really advocate here at TFLA. Even celebrities are more likely to keep up with their workouts if they keep them interesting. Reynolds workout included kickboxing, because superheroes must be able to kick ass…or else what are all those muscles for?!?

[Fighting workout boredom like Reynolds means getting creative and running a marathon...or two!]

One thing that Reynolds’ trainer Strom did was make sure everyone involved had realistic expectations. To get ready for Green Lantern Ryan Reynolds already had a killer body to work with so taking him to the next level was well within the possible. For the rest of us however, following a regimen like Ryan Reynolds workout routine means also keepin’ it real about how closely we’ll get to looking like Green Lantern.

By following Ryan Reynolds workout routine or a similar routine you can get your body in very good shape. If you improve your diet to accommodate your workout needs you will greatly increase your chances of looking that good. What’s important though is that following the Ryan Reynolds workout routine and eating a well-balanced diet will give you the best body you can have…and that’s pretty amazing too!

Need a little extra help around the middle? Read our review of The Truth About Six Pack Abs and see how you can improve your abdominal and core workouts!

Alli Side Effects - Weight Loss & What Else? 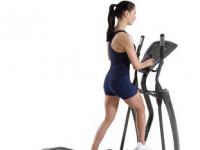 Fat Burning Spices Turn Up The Heat On Healthy Meals

Do You Need An Online Weight Loss Coach?

How To Exercise The Stress Away

Healthy Eating: Dangerous To Your Health? 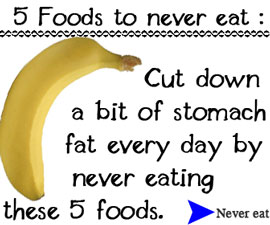 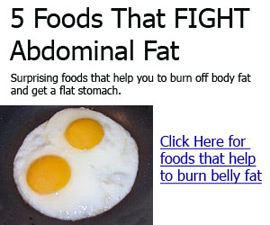